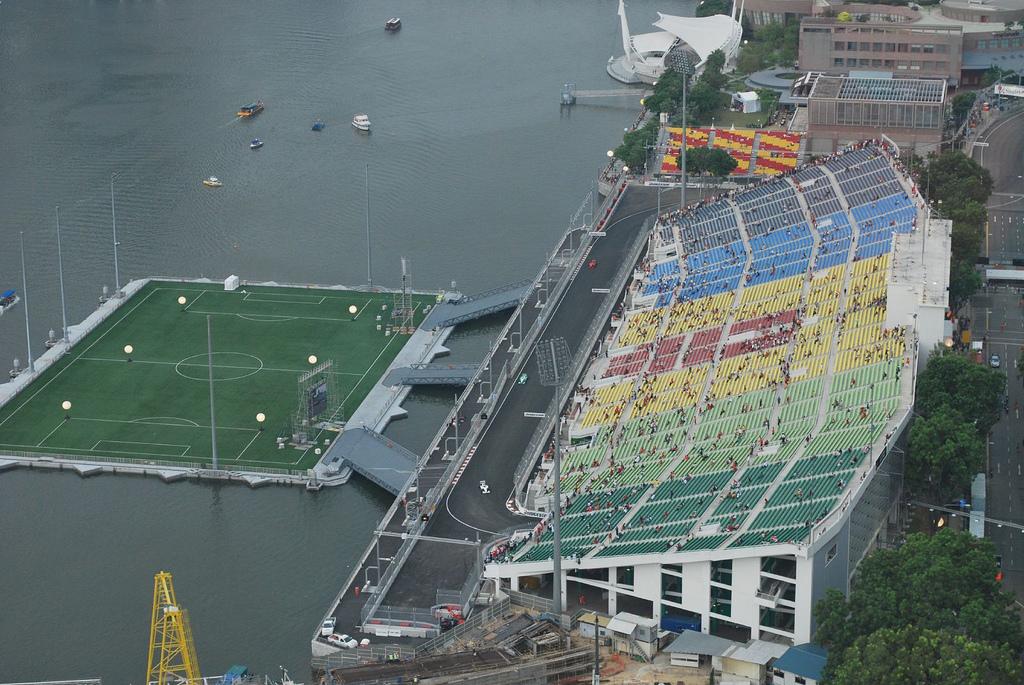 Name: The Float at Marina Bay
Location: Singapore
Club: none
Opening date: 2007
Capacity: 30,000 seats
Main Purpose: served as a temporary venue for the National Parade Day, from 2007 through 2011

Description
The Float at Marina Bay is currently the largest floating stadium in the world by far, located in Singapore.

Nestled on a platform off the Raffles Avenue, the stadium was completely finished by 2007, and has since hosted a wide array of sports events, ranging from football games to diverse cultural performances.

At first, officials expected negative reactions. However, the great majority of football fans turned out to be extremely happy with the overall result. It also helped tremendously that the stadium overlooked the dreamlike Singapore skyline. Nowadays, the stadium is primarily used to host football games, but it can also be used as a multipurpose venue to host a wide array of other games, such as volleyball or handball.

Prior to building the stadium, many challenges revolving around technical and environmental constraints had to be taken into consideration.

To top it off, the floating platform had to be environmentally friendly because the Marina Bay (where the stadium is located) was being revamped into a reservoir of fresh water.

While it is not exactly an exceptional piece of architectural work, we must confess that the idea in itself is quite unique. 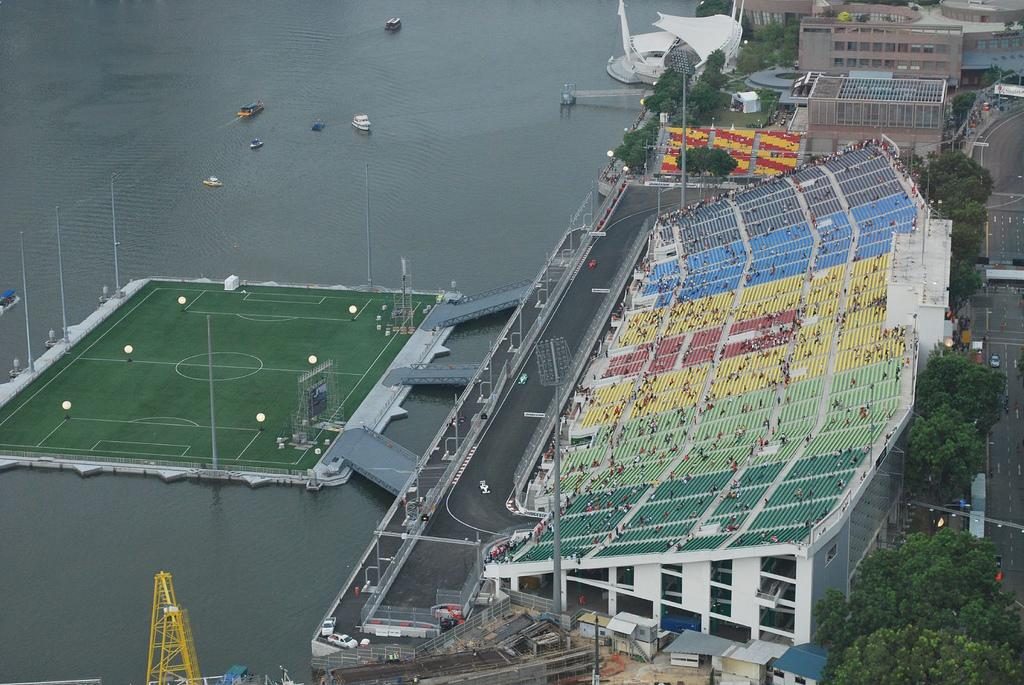 Capacity
Going back to our Singapore venue, perhaps the most awe-inspiring thing about it are its “specs”. The platform that supports the stadium is made entirely of steel, is 120 meters long and 83 meters wide, features 200 tons of stage props, and can hold up to 9,000 people at once. The separate stand can hold up to 30,000 people at once, so it offers plenty of space for avid spectators to enjoy watching their games.

How to get to the stadium
If you visit Singapore and there is a match scheduled during your trip, you should spectate it– the experience is nothing short of fantastic.

Here’s how to get there. The stadium is located just a few hundred meters away from the central business district, near the popular Marina Bay Sands. You can either ride the metro or go on foot, though we suggest the former option.

In either case, Singapore is not that big, so you should not get lost. If you do, simply ask people for directions. The stadium is quite popular in the city, so they’ll know how to guide you.